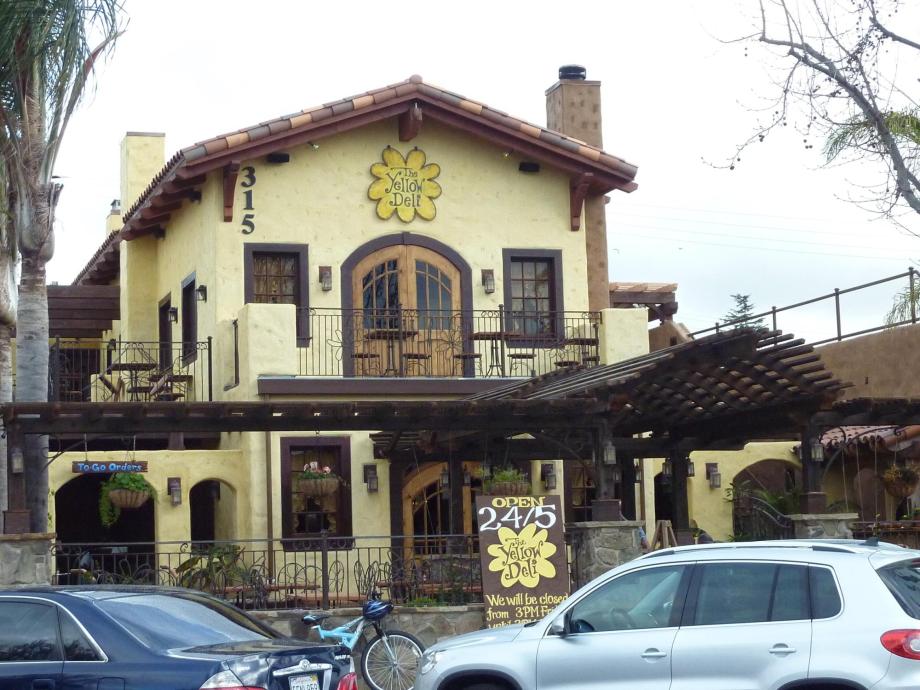 Long ago in the old village of Vista an idea sprouted... Wouldn't it be nice to have a place in this unusually quiet and uncrowded part of Southern California for a pleasant place where we could meet friends and serve good food...

So, early in the year of 2003 this property was acquired on Broadway... an old one room dilapidated building stood next to the old Adobe offices. That little building was torn down and then began a very long process of learning for us. We got to know about building permits, architects, engineers, many fees, etc. Finally, after many trials and even more errors, we began building our Deli in 2008.

From the ground up, our nice Deli building began to take shape. And after many more difficulties and many more fees, building permits, architects, and engineers, we finally finished the task. It took seven years all together. On Feb. 14, 2010 we opened our doors.

So, the nice idea is now a living reality: The Yellow Deli.

Some may say that we're dreamers, but we're not the only ones...

Even longer ago, and even farther away, the idea actually sprouted up of a society where people could work together and live together in peace and harmony. The "utopian" ideal of a society of complete sharing has come and gone across the face of history over the years, but few realize that the roots of this type of living was demonstrated most vividly in the "First Church" (which was entirely made of up Jewish believers in the Messiah) as they practiced complete communal living... this fact is documented clearly in the Bible. Somehow it must have appeared to them to be the perfect way to live out all the demands of Love, going the "extra mile." So, why not live that way today?

That is a good question. It seemed to us like love demanded that kind of "together lifestyle." So, for the last 40 years, we have been working together as a co-operative, raising our families together. Not until the early 2000s did we actually start a community here in Vista. Some of us are originally from this area and were very happy to become part of such a community right here. We support ourselves by organic farming (Morning Star Ranch organic avocado ranch in Valley Center) and sell our produce at the various farmers markets in our area. The Deli is able to serve you fresh, organic, and local produce some of which comes from our own ranch. We also have a woodshop in Vista where we work together, making nice doors and windows and cabinets (such as the ones you see in the Deli).  And now we work together to run our little Deli built with great care by all of us together...

So, we have good organic food, nice craftsmanship, and a nice environment to eat a meal... that is The Yellow Deli!

Our way of life is different and we do not mind one bit answering your questions. As Henry David Thoreau once wrote: "If a man does not keep peace with his companions, perhaps it is because he hears a different drummer. Let him step to the music which he hears, however measured or far away."

We are just extremely happy to be here in Vista and to have actually, finally opened our doors.

We hope your dining experience is pleasing and you can be sure, "We are with you..." 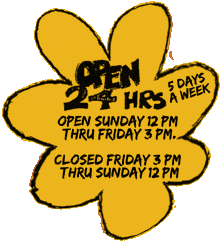 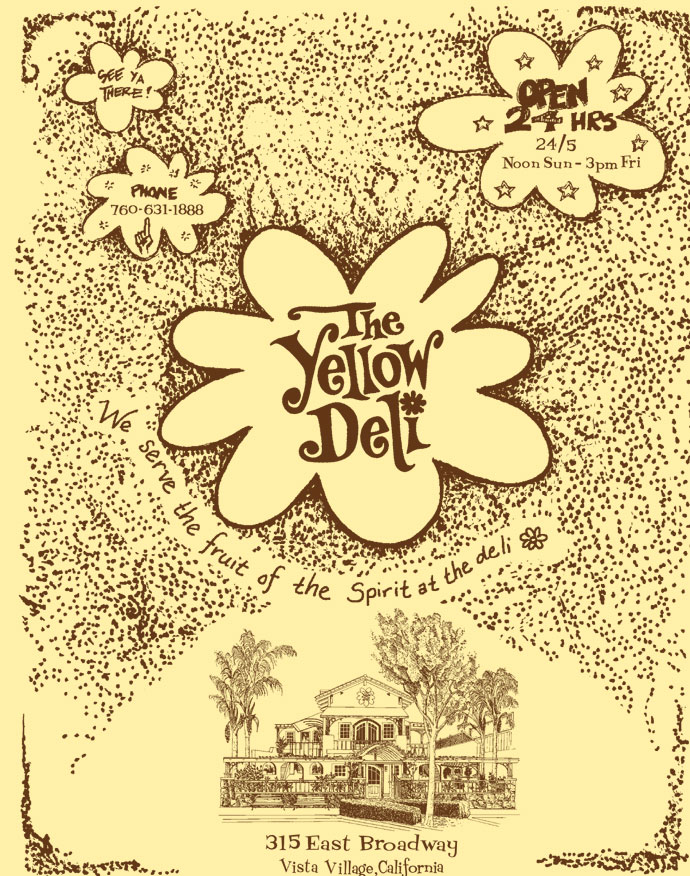 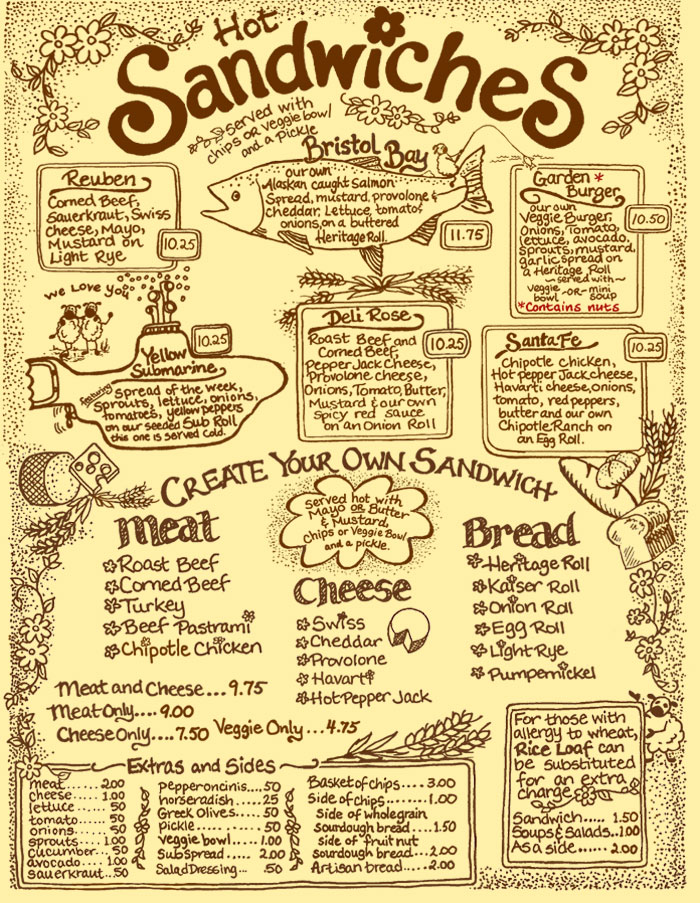 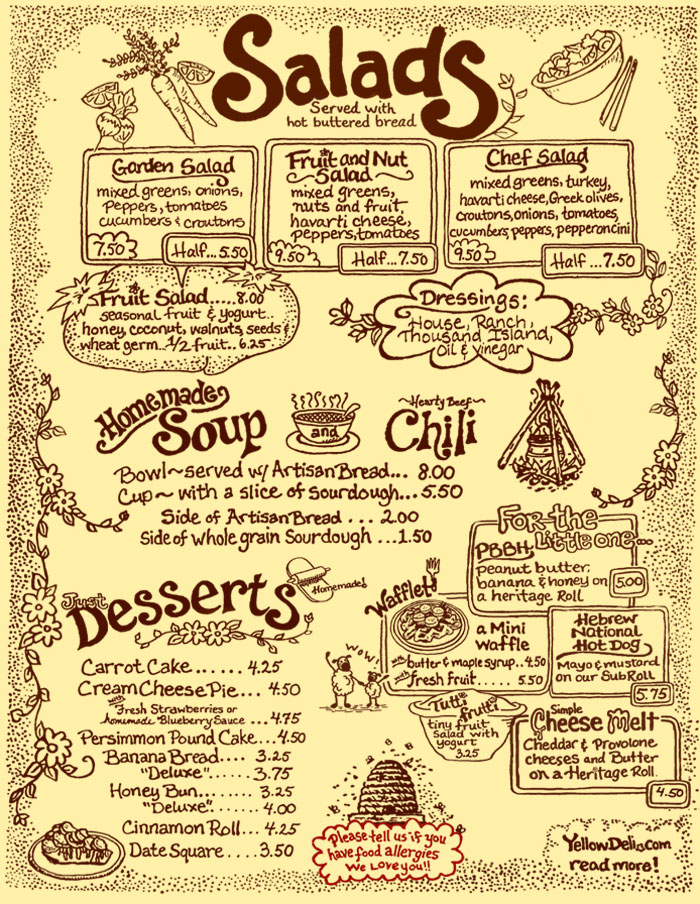 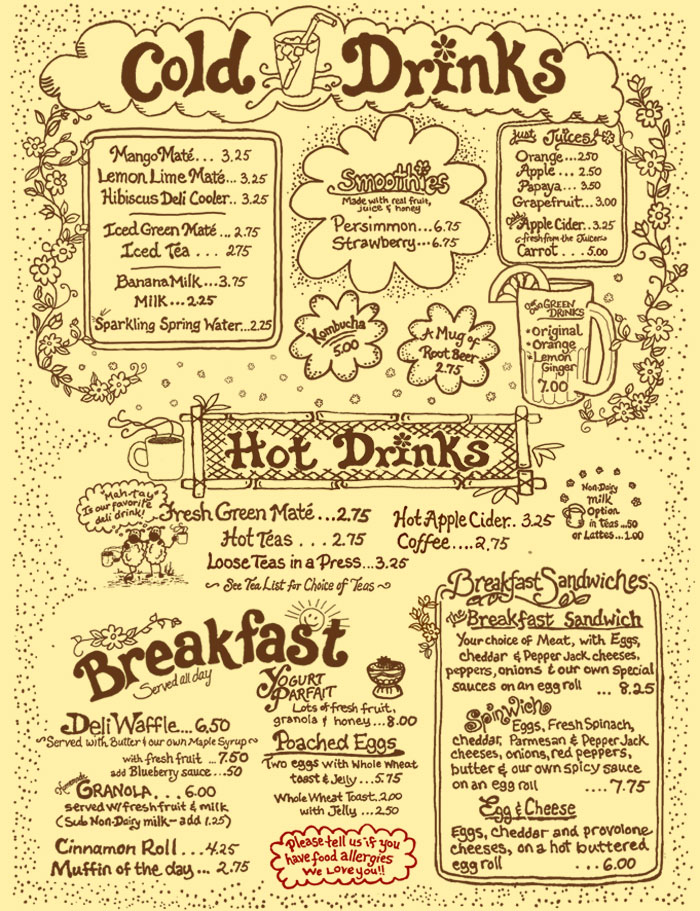